Forex charts are graphical representations of the relative values of various currency pairs. Charts come in three types: line, bar and candlestick charts, and they all tell their own stories. Staying on top of the chart-game is essential for every trader, given the fast-moving nature of the forex business. A proper forex portal will always provide up-to-date fx charts with technical indicators as well as technical analysis of the featured markets. FxExplained Australia will focus more on currency pairs including the Australian Dollar than our other sites. Below you will see three of the world’s most traded currency pairs including the Australian Dollar (AUD); AUDUSD, EURAUD and AUDNZD, please click on the live charts to modify the view of each fx chart. Further below you have a wide range of clickable pairs where you will get a specific page for that currency pair with live exchange rates as well as the latest analyses on that specific pair.

The Euro was introduced in 1999 and today the Euro is the closest challenger to the US dollar of becoming the world’s top reserve currency. It has not happened yet even though the currency serves more than 300 million people in Europe including quite a few booming economic countries. The European Central Bank (ECB) is the financial authority governing the Euro.

The US Dollar (USD)

The US dollar is both the world's most traded currency and also the top reserve currency in the world. Most commodities, like gold, are almost exclusively traded in the US dollar. The Federal Reserve is the financial authority governing the US dollar.

The Australian Dollar is a commodity currency with a unique exposure to the Asian markets. For that reason, it is a popular vehicle for Fx traders interested in diversification. Introduced in 1966, the AUD has been taken off the GBP peg in 1971. The financial authority controlling the AUD is the RBA (Reserve Bank of Australia). The Australian economy is based on the export of commodities, hence the “commodity currency” designation of the AUD.

The New Zealand dollar is a small currency, used besides New Zealand proper in Tokelau, Niue, the Cook Islands, the Pitcairn Islands and the Ross Dependency. Introduced in 1967, replacing the New Zealand Pound, the Kiwi Dollar was originally pegged to the USD. It became a floating currency in 1985. It is currently one of the 10 most traded currencies in the world, accounting for some 2% of the daily global forex turn over. Being a small currency, the value of the NZD is heavily influenced by the international interest rates.

Hope you enjoy our fx live charts above and please also take a look at our latest fx chart news below.

Macroeconomic/ geopolitical developments US CPI headline data year over year rose 8.3%, falling from March’s pace but not as much as expected, with consensus around… Continued

Macroeconomic/ geopolitical developments A 0.5% hike by the Fed as expected, but Jerome Powell stated that a hike of 0.75% was “not something we are… Continued

US Dollar strength consolidating near resistance 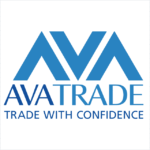 Note: All information on this page is subject to change. The use of this website constitutes acceptance of our user agreement. Please read our privacy policy and legal disclaimer. Trading foreign exchange on margin carries a high level of risk and may not be suitable for all investors. The high degree of leverage can work against you as well as for you. Before deciding to trade foreign exchange you should carefully consider your investment objectives, level of experience and risk appetite. The possibility exists that you could sustain a loss of some or all of your initial investment and therefore you should not invest money that you cannot afford to lose. You should be aware of all the risks associated with foreign exchange trading and seek advice from an independent financial advisor if you have any doubts.
We use cookies to enhance your visit on our website. If you continue to use the website, we assume that you agree to the use of cookies. Find out more about cookies and how you can decide your cookie settings by reading our privacy and cookie policy. Accept Reject Read More
Privacy & Cookies Policy

This website uses cookies to improve your experience while you navigate through the website. Out of these, the cookies that are categorized as necessary are stored on your browser as they are essential for the working of basic functionalities of the website. We also use third-party cookies that help us analyze and understand how you use this website. These cookies will be stored in your browser only with your consent. You also have the option to opt-out of these cookies. But opting out of some of these cookies may affect your browsing experience.
Necessary Always Enabled
Necessary cookies are absolutely essential for the website to function properly. This category only includes cookies that ensures basic functionalities and security features of the website. These cookies do not store any personal information.
Non-necessary
Any cookies that may not be particularly necessary for the website to function and is used specifically to collect user personal data via analytics, ads, other embedded contents are termed as non-necessary cookies. It is mandatory to procure user consent prior to running these cookies on your website.
SAVE & ACCEPT